Jung Center Courses
Please see here for a list of our current courses. In addition to offering an array classes based on the interests of our presenters, the Center also offers a three-year cycle of six core courses, one per semester, on these themes: Myths and Ritual, Psychological Type, Complex and Archetype, Dreams, Jung’s Life and Ideas, Individuation and the Self.
Current Month

God Within: The Legacy of Christian Gnosticism

God Within: The Legacy of Christian Gnosticism
William Holt

Within a few years of Jesus’s Crucifixion proto-Christian communities were emerging across the Roman Empire. The most familiar to us, initiated by Peter and Paul, made the resurrection of Jesus central to human salvation and grew to become orthodox Christianity. Gnosticism, another understanding of Jesus’ meaning and our relation to God, developed in Alexandria in the same period. Blending a revised Creation myth with a Platonic cosmology, Jesus was seen as a wisdom teacher, an emissary from the highest heaven come to teach of the Divine with our soul. Their most eloquent teacher, Valentinus, went to Rome and tried to blend the two understandings. But he did not and the church fathers declared Gnosticism a heresy. This course, an updated version of Bill’s earlier courses at the Jung Center, will explore the context, the myths, and some leading figures of early Christian Gnosticism, as well as why C. G. Jung was so attracted to the tradition. His Seven Sermons is itself a Gnostic tract. We will also look at the very important Gospel of Thomas.

William Holt, MD, has presented many times at the Center on topics related to the Gnostics, the early history of Christianity, and Jung’s own Gnostic thinking. Bill is a Phi Beta Kappa graduate of Bates College and of Harvard Medical School. A retired ophthalmologist, he is a cofounder of the Eye Care Medical group in Portland. Religion and philosophy have been lifelong interests and he has indulged these with extensive reading over many years.

You can not buy more than available tickets, please try again! 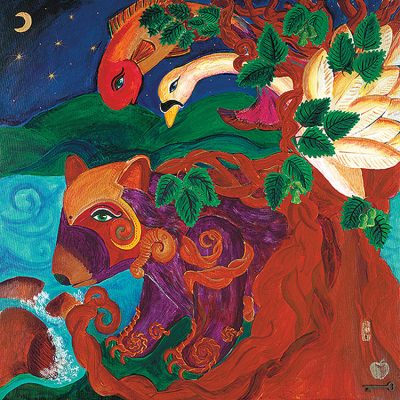