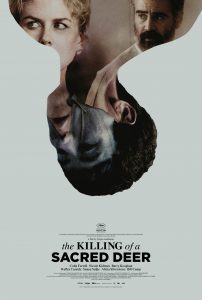 After the untimely death of 16-year-old Martin’s father on the operating table, little by little, a deep and empathetic bond begins to form between him and the respected cardiothoracic surgeon, Dr. Steven Murphy. Right from the start, a vague, yet unnerving feeling overshadows Martin’s honest intent. In the end, as the sins of one burden the entire family, only an unimaginable and unendurable decision that demands a pure sacrifice can purge the soul. But to find catharsis, one must first admit the sin.